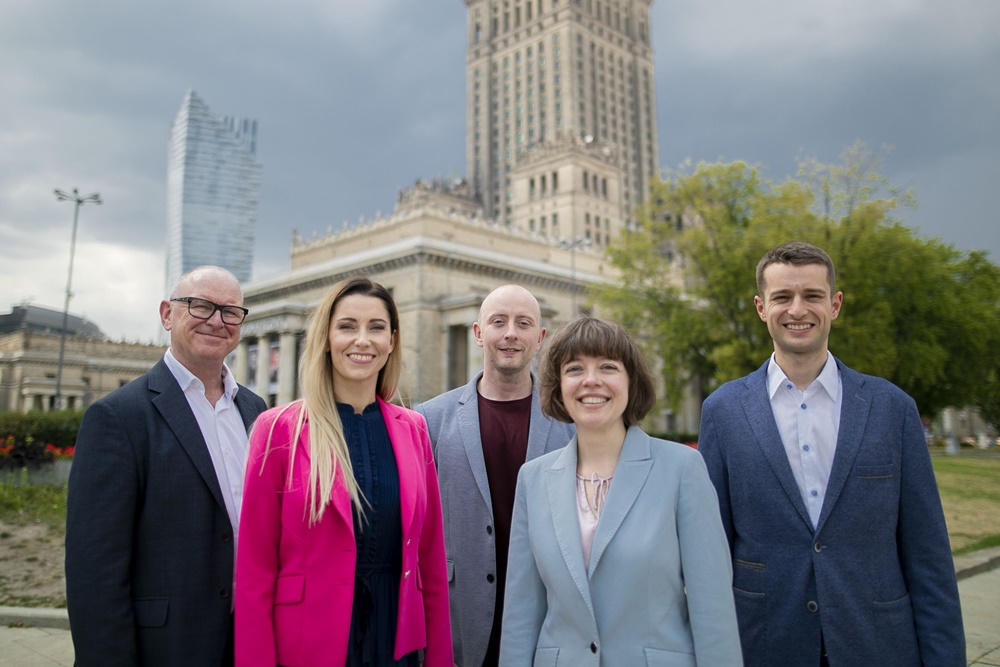 The best of CEE startups and innovation

The CEE region has been growing at an extraordinary pace and fostering a fertile climate of entrepreneurship and creativity. – There is an abundance of exceptionally bright, well-educated people here with extraordinary intellectual capabilities and tremendous ideas. The Wolves Summit has a strong track record of consistently showcasing the best of promising startups and innovation. We are looking forward to our collaboration with the Wolves Summit Team and leveraging our broader networks to develop the Wolves Summit further – Martin Ring says. He played a key role, amongst others, in the formation of BZ WBK (now Santander Polska), led the successful establishment of BNY Mellon in Poland and held the position of Vice-President of ABSL (Association of Business Service Leaders in Poland).

The 10th edition of the event will take place on 23-24 October 2019 in Warsaw, and will be organised with the support of the original founders: Barbara, Piotr and Marek Piasek. – For several months we have been looking for a syndicate that will be able to bring a broader international dimension to Wolves Summit, leveraging their vast networks and industry connections – Piotr Piasek says.

As part of the transaction, they will also acquire Wolves Match – a tool connecting startups with investors and corporations, created by the Wolves Team. As Martin Ring points out, the syndicate wants to utilise Wolves Match extensively. This will enable affiliated investors to verify thousands of projects that are currently in the pipeline, thereby simplifying the investment search and validation phase. It will also enhance their ability to significantly increase the number of investments made, and ensure that their business succeeds.

Wolves Summit is a community built around our brand; our mission is to connect startups, investors and companies driven by innovation. Wolves Summit has hosted thousands of startups from almost 70 countries. We are certain that under the new leadership, participating startups will have an even better opportunity to reach investors at their pre-seed, early-stage and subsequent investment rounds. The summit provides investors with a valuable opportunity to connect and network with fellow early-stage investors – Piotr Piasek comments.

As he explains, they received several offers from various parties to purchase Wolves Summit. – We have chosen the one that we believe has the greatest potential to develop the summit. We sought a partner who would not only strengthen our leading position in Central and Eastern Europe, but also introduce the summit to overseas markets – Piotr Piasek adds.

Our next business challenge will be growing the Evenea brand, in which we have taken the majority stake, acquiring it from existing shareholders. Drawing on our experience gained over the years in running Wolves Summit, as well as ‘See Bloggers Łódź’ (its last edition generated over 100 million organic social media reach) – we are certain that we are ready to scale Evenea. We would like to thank the tens of thousands of people who endorsed us by taking part in the Wolves Summit. ‘I have no doubt that the new wolves will create an even more effective event, thanks to their knowledge and our support – Piotr Piasek says.

The 10th edition is co-organised by the Capital City of Warsaw and will take place at the Palace of Culture and Science. The event will host over 1500 attendees, 300 startups, 200 investors, 300 corporates and executives who will all enjoy access to over 3000 customised meetings.