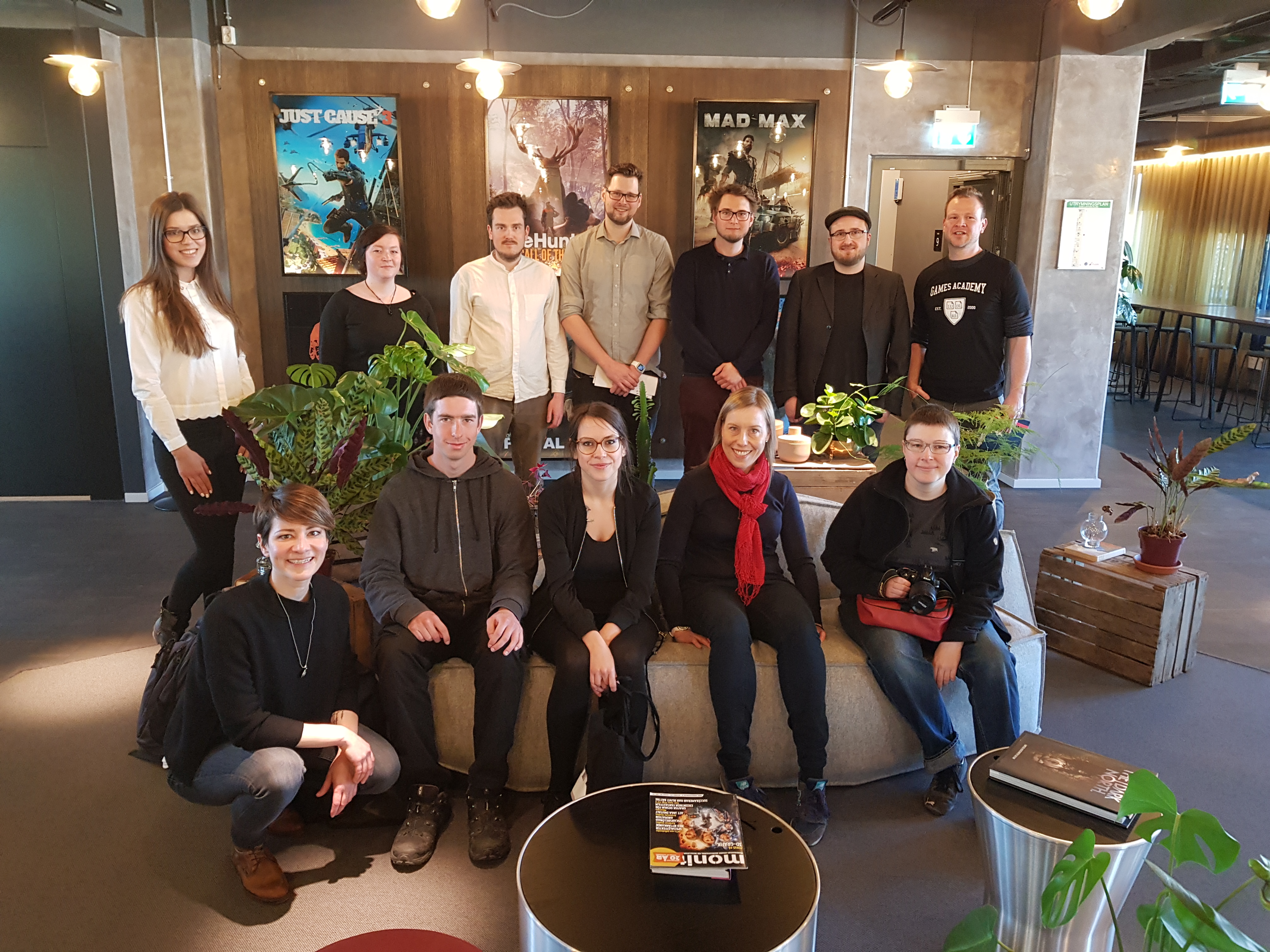 On the first day, the Swedish Games Industry (Dataspelsbranschen) introduced us to the games eco system in Stockholm with info about the history and the founders of the game scene but also about the struggles and strategies. Avalanche Studios’ founder Christofer Sundberg later welcomed us to their new, amazing office space and explained strategies for internationalization of indie game studios from, as well as the Swedish work life balance. At Goodbye Kansas Nils Lagergren, Marketing Director, and Per-Arne Lundberg, Game Invest CEO, presented the various specialities of the Goodbye Kansas group. And while lunch we were able to have a look at their fantastic, creative studio. For the last stop of the day we had a chat about VR storytelling and the future of VR gaming with Oskar Burman, CEO; Erik Odeldahl, Creative Director and Kristoffer Benjaminsson, CTO of Fast Travel Games. After a short stroll through the Old Town, our delegation was part of a Game Dev Meetup, organised in cooperation with the Swedish Games Industry. We had an evening full of game pitching and networking with the local industry.

Day 2 started at STING Incubator with Jana Palm introducing us to STING and other projects such as Stugan. After breakfast and networking with some of the STING companies, we headed to Futuregames where Mattias Escudero Liljeqvist, Head of Education, told us about their successful programme at Changemaker Educations. We got to know some of the students who introduced us to some of the games they just finished making and were happy to let us test them. The tour ended at Rovio, where CEO, Reginaldo Valadares, took plenty of time to sit down with us for fika and – basically – an AMA.

Thank you to everyone who made our stay possible, interesting and for taking the time to participate in 48h Stockholm and therefore making this tour a success: Swedish Games Industry, Avalanche Studios, Goodbye Kansas, Fast Travel Games, STING, Futuregames, Rovio!

And of course a big thank you to all of our participants! We hope to see you all again sometime soon!