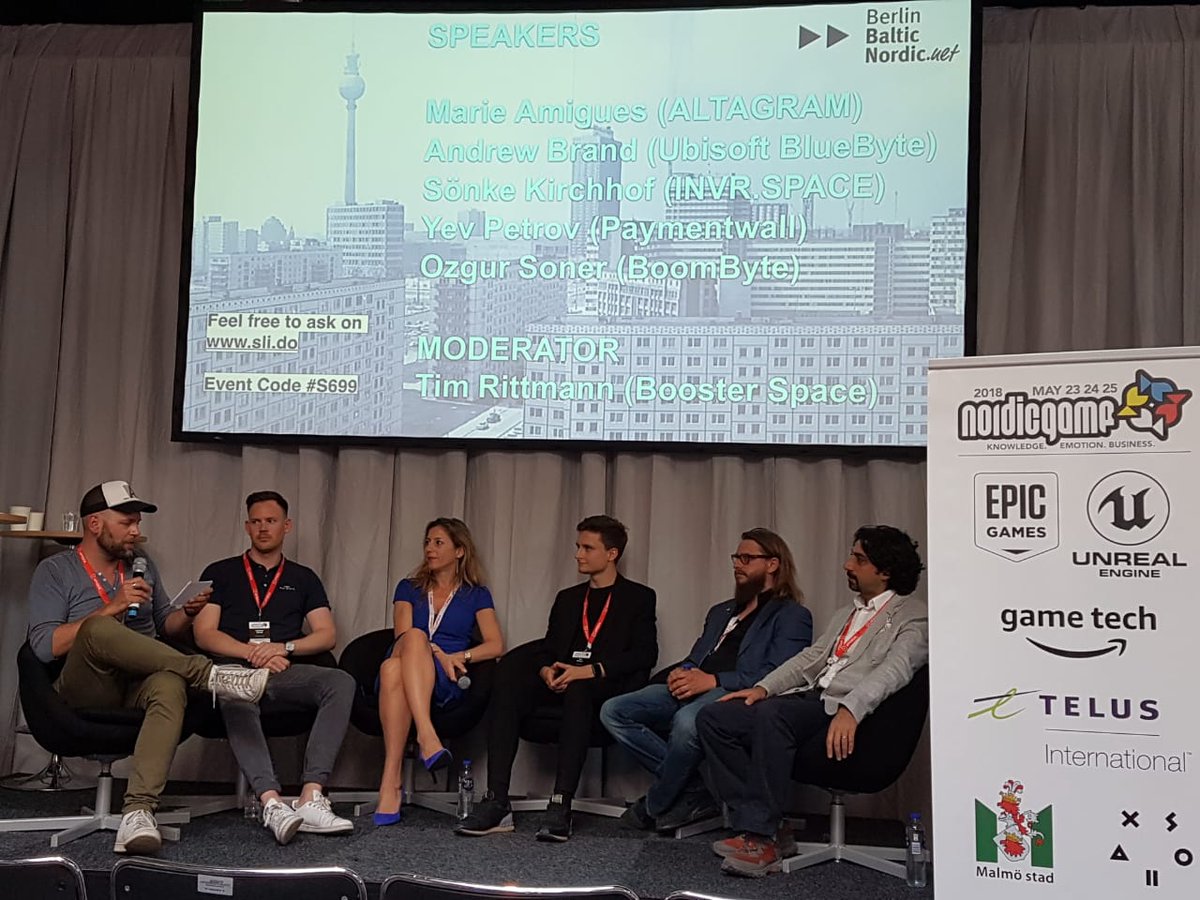 It was unbelievably “hot” in Malmö during the Nordic Game –more than 20 degrees Celsius is something we haven’t been used to in the last two years during the event. Due to sunlight exposure, the increased levels of serotonin lead to brighter minds and lighter moods. Everybody had the overall feeling of belonging to a diverse but somehow homogeneous community, even a big family. You see, the body’s own feel-good hormones still kick in. So much love.

It all started with a big “hello” at the Warm Up reception on Tuesday at Media Evolution City Restaurant. Chinese beer in Buddha bottles and beetroot lemonade – just two of a handful cold beverages for an excellent warm up with 200 people. By the way, the get together was made possible by game – German Games Industry Association and Games Germany.

With an joint booth at the Nordic Game Conference, BerlinBalticNordic.net represented the project with five companies: INVR.SPACE is a specialist for Cinematic & interactive VR productions. Paymentwall is a payment service provider with many clients in the game industry. Altagram from Berlin has specialized on localization for video games in over 40 languages. Ubisoft Blue Byte is a major player on the international market which recently opened offices in Berlin. BoomByte Games from Turkey belongs to InGame Group, “fastest growing Turkish gaming company”.

On Thursday, day 2 of the Nordic Game Conference, we talked on a panel about Berlin as a boom city for digital media companies and international talents looking to be hired. Speakers were: Andrew Brand (Recruitment Manager, Ubisoft Blue Byte), Marie Amigues (CEO, Altagram), Sönke Kirchhof (CEO, INVR.SPACE), Yev Petrov (Project and Marketing Manager, Paymentwall), Ozgur Soner (Founder BoomByte Games / InGame Group). We came to the conclusion: Berlin is perfect if you want a central base in between West and East of Europe, with many talents and native speakers of all coleur and non-expensive living costs. But there are countries that make it easier to found a company and deal with red tape.

There is so much more to say about Malmö, Jacob, Erik and Teddy, the full business booths in the Meet To Match area, the good food, the great games that were shown in the exhibition, the awards and the showcases. But the only two things we’d like to say is: See you next year. And: Skål!