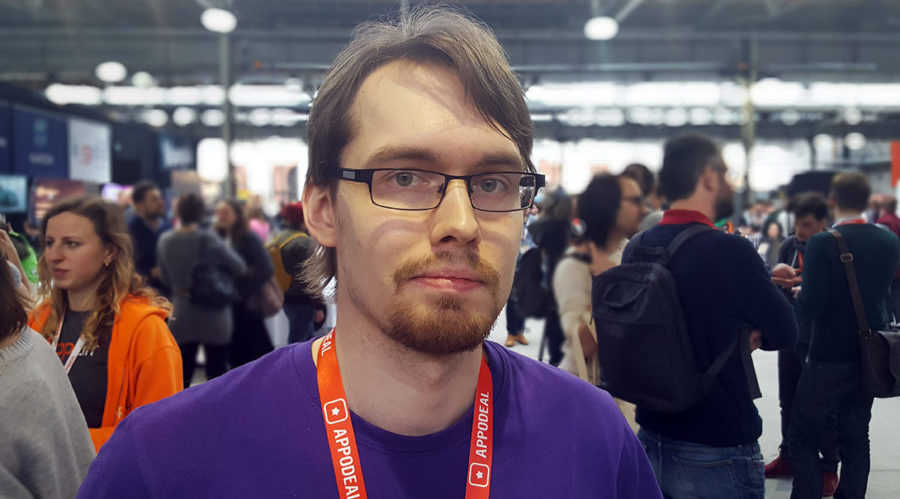 This Finnish VR game has quite the original idea. Nemesis Perspective involves two players in an asymmetrical PVP fight. Player one is mounted to the VR gear of HTC Vive and plays a purple boss giant (who looks a bit like Disney’s Genie in Aladdin). Player two uses a normal game controller to move around with a small avatar, pushing buttons to jump around and attack the giant monster. The idea was already awarded at the Indie VR pitch of Pocketgamer Helsinki 2016. We talked to Sami Koivisto, co-founder of the Finnish start-up Evocat Games.

Nemesis Perspective is fun to play and quite innovative. How long did it take you to come up with this current build?

Sami Koivisto: We started the game development of Nemesis Perspective last summer, we had the first prototype after three months and now it’s been six months.

What was the core idea of making this game? The core idea was to start experimenting with HTC VIVE, we really liked making game design from the technology perspective. We researched the equipment and started the design process from that point on. We asked ourselves: What can we do to maximize the use of the equipment? How can we integrate the hand trackers, the head gear, all of that stuff and not just one thing. And then we added traditional gameplay.

Which university do you go to? It’s a game development oriented university of applied sciences in Kajaani, Finland. In that programme you specialize either in programming or art or producing or designing.

Is there public funding you’re aiming for? This is something we’re researching at the moment, we don’t have anything definitive yet, but once we’ve got the company up and running we’re definitely going to apply for funding. And we’re looking for business partners like publishers or investors. We’ re  basically open to all options at the moment.

Get Nemesis Perspective on Steam