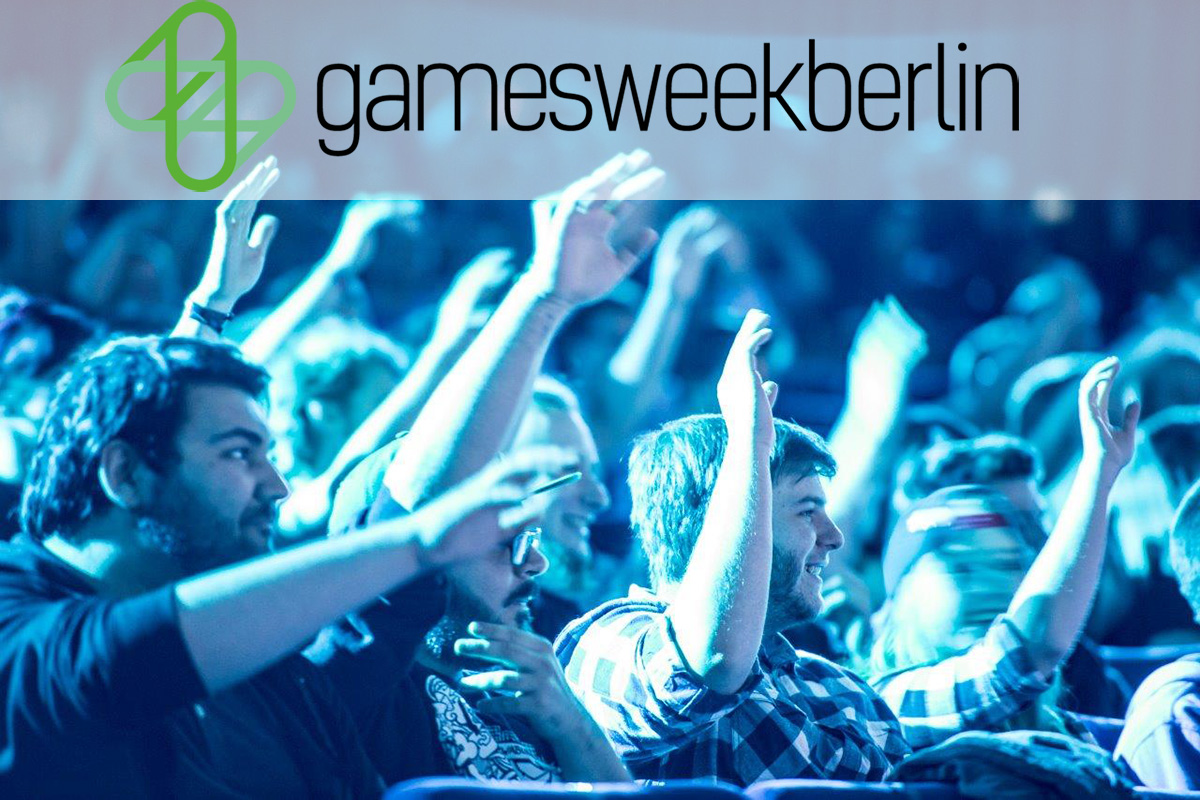 Come as a business insider and visit panel talks, presentations and demos on the conferences Quo Vadis or A MAZE. As a gamer you can try out new indie games, visit the Computerspielemuseum or match with 350 other game enthusiasts in front of a cinema screen, playing local multiplayer games. See some of the events highlights: 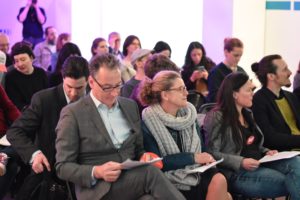 The Opening Summit starting at 5.30 pm is the high profile kick off event for selected guests, it includes short inspiring keynotes, followed by interdisciplinary networking. Who’s there? 300 guests, among them representatives of the digital creative industry, the manufacturing industry and many more. Keynotes aim for a pro level audience. Want to join? With a little luck you’re among the happy few who get one of the last tickets. How?

Write an email to Booster Space 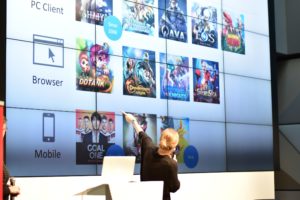 The Quo Vadis conference (April 24-26) attracts game developers from all over the world. Since its move to Berlin in 2007, the conference is an integral part of the #gamesweekberlin, attracting both the creative and the financial branch of the games industry and speakers like Richard Garriott, Bob Bates and Don Daglow. Most panel discussions and talks are held in English, covering topics from business to game design, marketing and tech. Located at the STATION Berlin venue close to Gleisdreieck station and near Potsdamer Platz, its logistics make business traveling easy. 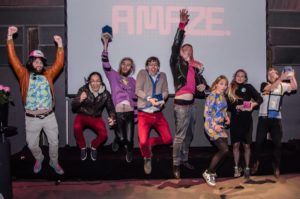 Consider #gamesweekberlin with all its events as a family with many children, and A MAZE. / Berlin (April 26-29) the slightly eccentric child with lots of creative energy. The conference includes talks and workshops that draw the attention of the international indie game crowd, people who see games rather as an art form than as entertainment. The A MAZE. exhibition of videogames, virtual reality experiences and interactive installations is free and open to public. Located at the RAW area in Friedrichshain, it’s a playground for curious people who like to go crazy with experimental, but fun games. 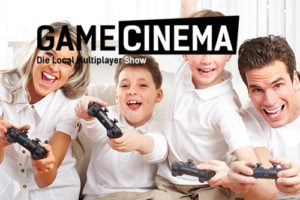 A wild mix of video game show, competitive gaming, eSports and Let’s Play – Game Cinema (29 April) is a contest for you and 350 other game enthusiasts. Share one giant cinema screen with your contestants, compete in fun, exciting and almost non-violent local multiplayer games like SpeedRunners and Gang Beasts. Play against other people in the audience, watch your friends win or loose against beautiful strangers. Award yourself with a final match against pro gamers, win fantastic prizes and become „THE CHOSEN ONE“. Get in touch with game celebrities and pro gamers in an unforgettable evening event.

Half of the gaming population is female, still the games industry is dominated by men. Womenize! wants to empower girls and women and give them insights into jobs in the tech and games industry. Two workshops with hands-on mentality are meant to give first experiences. Girls in the age between 12 and 15 will learn how to make a game with a tool called Scratch. Another work group focusses on the development if a game in virtual reality. Applicants for the second group are expected to already come from inside the industry or have a related academic background.