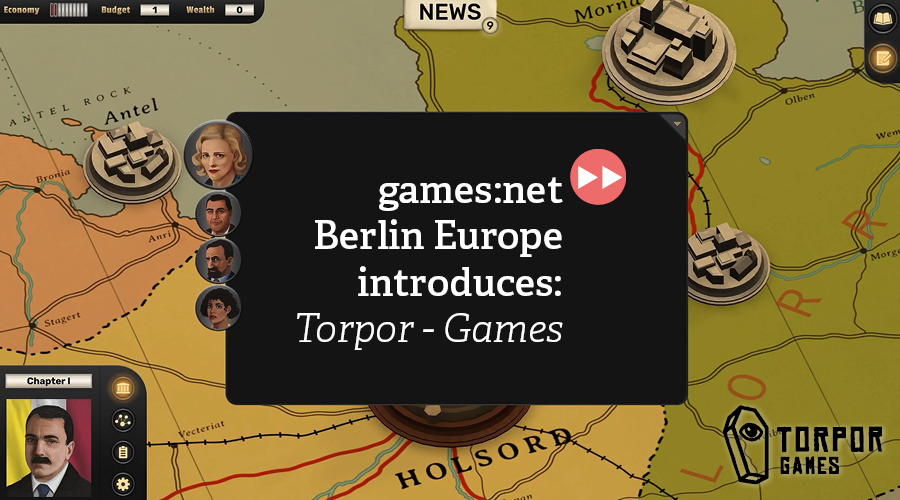 On February 21st 2022, we had the pleasure to welcome Berlin-based studio Torpor Games in our digital event series “games:net Berlin Europe introduces”. For one hour, our host André Bernhardt, Managing Director of IndieAdvisor, talked to Ata Sergey Nowak, Studio Director of Torpor Games, about his studio and their first game Suzerain.

After a short introduction of himself and his team, Ata described Suzerain as a political narrative role-play-game in which the player has to make over 400 decisions that will lead to different outcomes for President Rayne and the fictious state Sordland. He talks about the lack of the human aspect that he and his team noticed in other politic simulations and the difficulty to connect narrative and gameplay mechanics in this niche genre.

Furthermore, he shares his experiences of the modding scene and how it helped him create a feedback-loop with gameplay testers to consequently, implement improvements early on.

The interview concludes with Ata talking about the challenge of pitching a political game with over 450.000 words, how funding puts healthy constraints on the developing process and that an international city like Berlin was the perfect spot to found his studio.

If you missed the interview, you can re-watch it here: