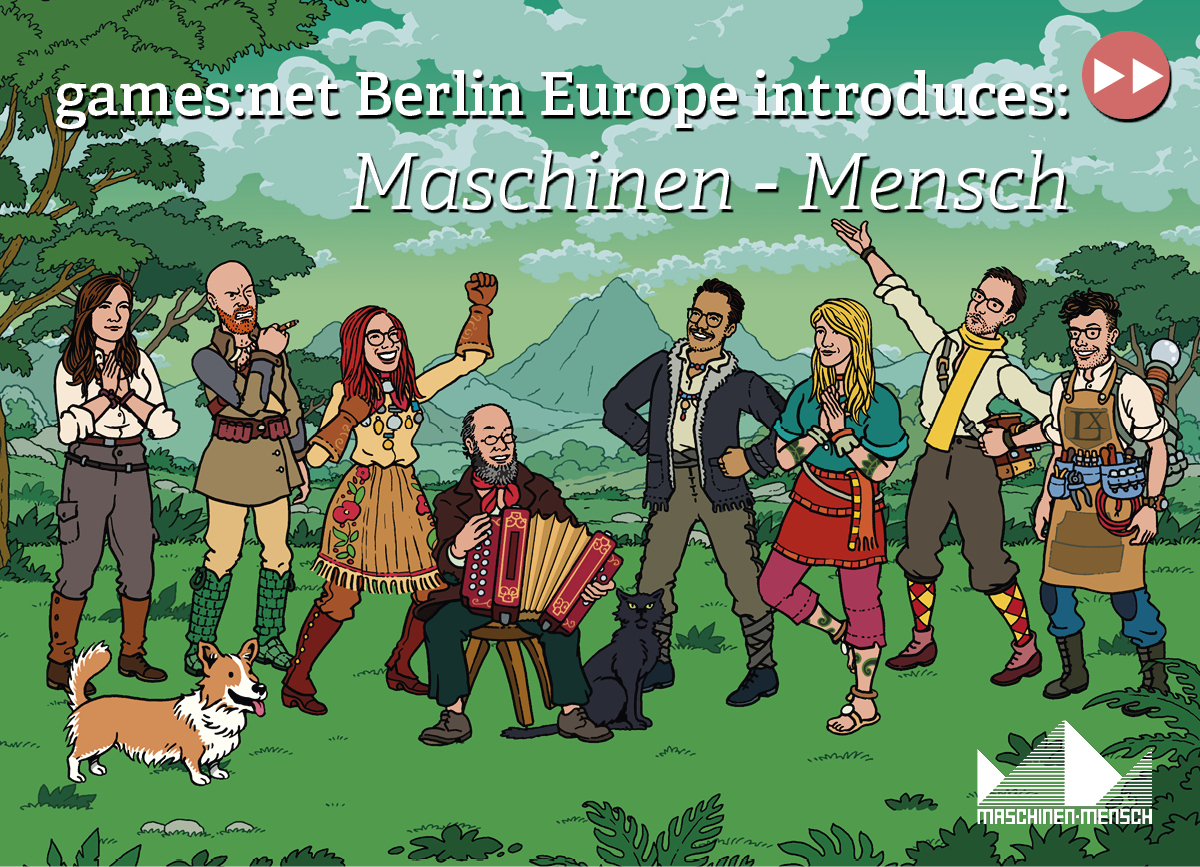 After opening words by games:net Berlin Europe project manager Florian Masuth, Indie Advisor’s André Bernhardt moderated the panel and spoke with two of the eight full-time employees of Maschinen–Mensch: Game Designer Mascha Camino and Producer Lorenzo Pilia. Compared to many other Berlin-based indie studios, Maschinen-Mensch was founded by Johannes Kristmann and Riad Djemili, who brought with them previous AAA industry experience from working on Spec Ops: The Line. 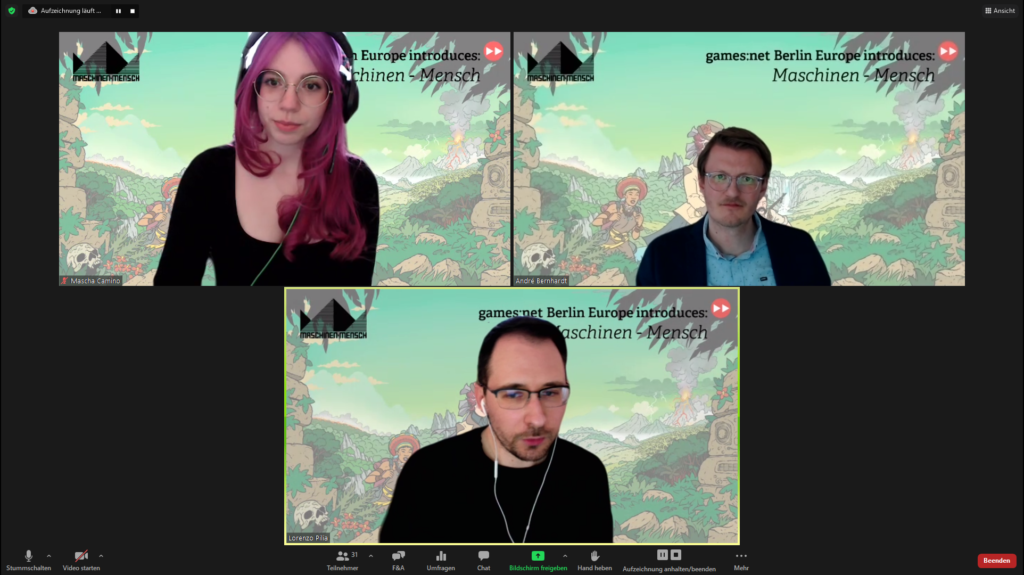 The guests talked about the initial idea of the first part of „Curious Expedition“, a turn-based narrative roguelike, and what influences contributed to the game.

Talking about the –recently released– second part of the series, they introduced the updated art style and the differences in content compared to the first part.

For example, more items were added, the worlds expanded, and features like relationships enrich the playing experience.

The team also addressed the fact that the success of the game can be attributed to the early sharing of the game with their community and the openness to criticism in content as well as geographical and cultural regard.

In addition, the game now addresses different player groups through different difficulty levels so that no one is excluded, even if the first part of the series is not familiar.

Closing out the panel, Camino and Pilia gave an overview of future plans, which include content updates for Curious Expedition 2 and prototypes for further projects.

You can watch te recording of the panel here: