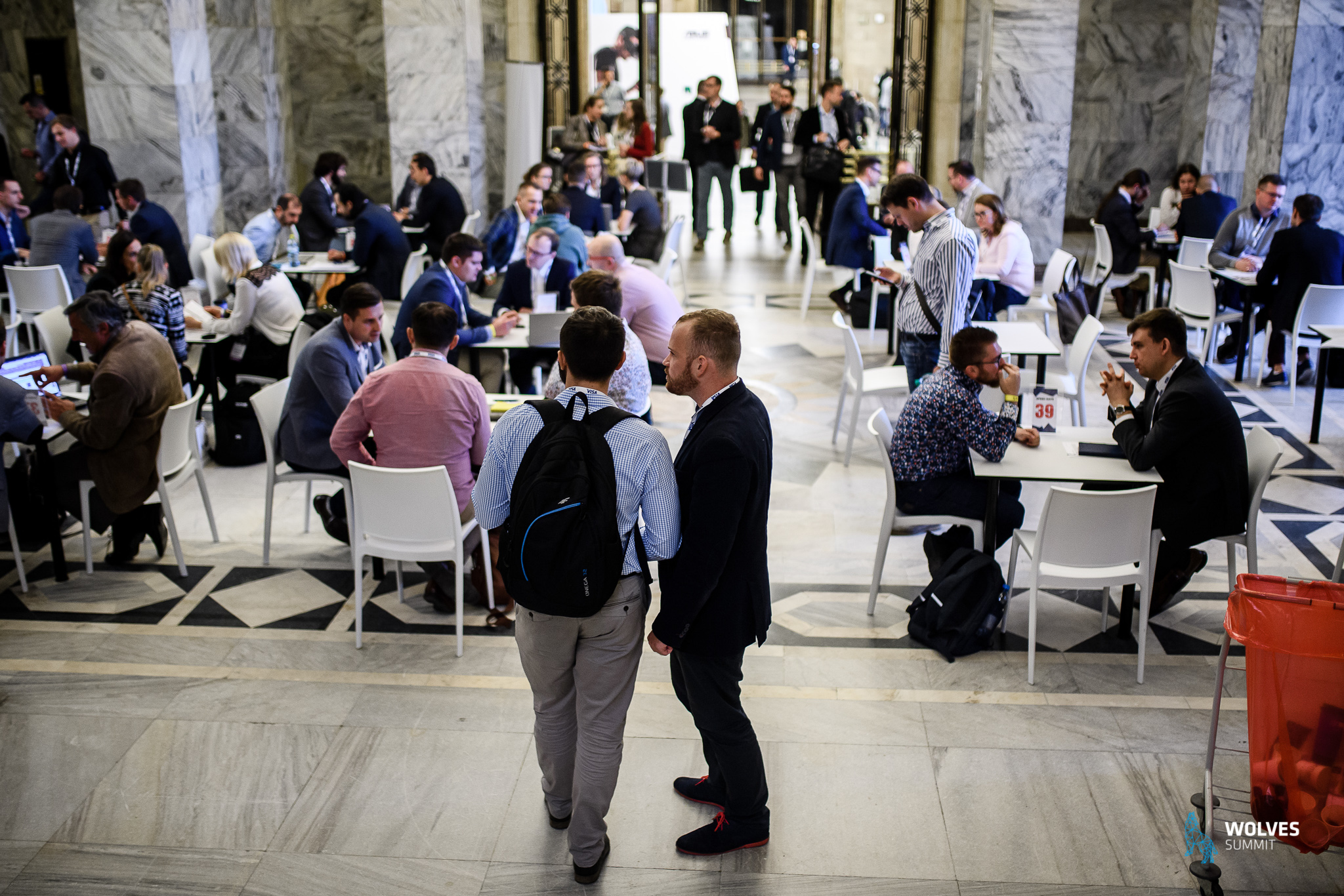 Relevant meetings for the innovative solutions

The eighth edition of Wolves Summit, the international conference for startups, investors, investment funds and corporations has come to an end. The rooms of Palace of Culture and Science in Warsaw for two days had been filled with valuable talks about business, innovation and investing in groundbreaking technologies that solve the problems of the present and make our future easier. The participants could join speeches and panel discussions of the leaders of innovation in technology, including Magdalena Jabłońska, CEO of MIT Enterprise Forum Poland, Rudradeb Mitra from EFMA and Artur Chmielewski representing NASA. The event was also opened by the representative of the Capital City of Warsaw – Piotr Sawicki and Maciej Fałkowski from the Ministry of Foreign Affairs.

Networking that satisfies your needs

The organizers of the Wolves Summit conference focus primarily on valuable, relevant networking, especially the 15-minute 1:1 meetings, which once again turned out to be a unique element of the event. Almost all conference participants took part in them — the matchmaking tool was not only frequently used (there were almost 3000 1:1 meetings scheduled), the satisfaction level was high –  92%. The 1:1 meetings formula allowed representatives of the technological environment to get to know each other better and establish valuable business partnerships, start investment negotiations, or collect feedback on their solutions. To extend the networking and make it less formal, the organizers have also prepared VIP Party and Networking Party for all participants.

Startups could once again participate in the conference for free and enjoy the favourable conditions for getting to and talking with investors and corporates who were looking for innovative solutions from various industries, from medical technology to robotics and artificial intelligence.

The 8th edition of Wolves Summit was again successful. It has focused on the CEE region: comparing it to the corresponding, sixth edition of October 2017, you can see a significant increase, especially in the number of 1:1 meetings arranged (increase by 570) and the number of participants (increase by 375). It should not be a surprise to anyone then, that the finale of the eighth edition of the Wolves Summit conference ended with good news. After four years of organizing conferences in Poland, the organizers decided to start a new chapter and organize Wolves Summit in the next capital – London. Two weeks after the ninth edition, which is to be held in Warsaw in 2019, the tenth edition will take place in the capital of Great Britain. It’s a great step not only for the team itself but also the business world of innovation in technology: finally, it has Wolves Summit for it.

The 9th edition of the Wolves Summit conference will take place on March 19-20 2019 in Warsaw, the tenth on April 2-3, 2019 in London. More information about the event and the possibilities of participation can be found on the website: www.wolvesummit.com.